Canada’s response to North Korea has been, at least rhetorically, aggressive. Since 2010 our government has pursued what has been termed a “Controlled Engagement” policy. The Controlled Engagement (“CE”) policy restricted bilateral contact with the regime except to four distinct areas: regional security concerns, human rights and the humanitarian situation, inter-Korean relations, and consular issues. It also forbid Canadians from importing and exporting anything into North Korea, and also introduced strict technology and investment sanctions. END_OF_DOCUMENT_TOKEN_TO_BE_REPLACED

When it comes to message control, our current Prime Minister’s office has nothing compared to the likes of Pyongyang. The rulers of the DPRK have for the last seventy years been quite fastidious when it has come to shaping the regime’s official message. After all, when you enjoy the benefits of controlling both the media and your diplomats abroad, the only thing you really have to worry about are the folks who decide to leave your tightly-controlled society.

It’s surprising that despite some extreme shocks to the system, including the famine and the death of the only leader the country had ever known in 1994, the regime’s grip did not grow any “looser.” Perhaps the areas around the country’s northern provinces have become a little more porous after the famine, but despite the relative free flow of knowledge that appears to be growing in the borderlands between China, the number of people (successfully) fleeing the country has dwindled, especially after the recent power succession.

This makes the conflicting messages coming out of the country quite surprising. END_OF_DOCUMENT_TOKEN_TO_BE_REPLACED

[On Tuesday, 12 March 2013 we received the following letter from the (North) Korean National Peace Committee. Naturally, CanKor neither corroborates nor endorses any of the facts or judgments made in this letter. As is our practice, we make the document available to our readers without comment. –CanKor]

You know that recently the U.S. and its followers are persisting in anti-DPRK stifling racket calling that the DPRK’s third nuclear test for defending our sovereignty became a nuclear threat.

Nevertheless, they can never cover up or hide the truth.

You can be aware of the truth of the nuclear threat on the Korean Peninsula and the criminal nature of the U.S. and the south Korea through the memorandum(gist) released by the Korean National Peace Committee on 8 March.

The U.S. imperialists, which provoked the war for aggression of Korea in June 1950, shipped nuclear weapons to south Korea in August that year and at the end of the year openly disclosed its plan to drop 30~50 A-bombs in Korea – China border areas. END_OF_DOCUMENT_TOKEN_TO_BE_REPLACED

So far DPRK doing what it said, by Chris Nelson

[The war of words has already started. North Korea has declared the Armistice Agreement inoperative, has cut off the hot line at exactly the time hot lines are most needed to prevent an inadvertent slide into accidental hot wars. Large military exercizes are currently being conducted on both sides of the DMZ. How will South Korea and/or the USA respond to an intended or unintended skirmish around disputed border islands at the sensitive Northern Limit Line, as happened in Yeonpyeong in 1999, 2002 and 2010? A “kinetic” response has been threatened by all three parties. Could this devolve into a tit-for-tat escalation towards an all-out war? As he is wont to do, Chris Nelson has been following developments from an American perspective in the Nelson Report. With his permission, we reprint sections of the 11 March 2013 edition. –CanKor] 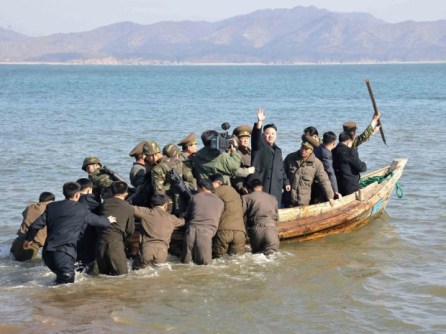 So the 11th arrived and as the annual US-S. Korea joint military exercises continue, the DPRK seems to be keeping to its “schedule” of doing things to rachet-up tensions, but not (yet) actually shoot anything or anybody. However, that, we can authoritatively report, is seen by both US and S. Korean involved experts as likely not a question of “if”, but “when/what”.

Speculation…nothing on this can be called “informed”…but speculation by folks whose responsibility it is to try and predict: many expect some kind of kinetic action near or along the Northern Limits Line, rather than against Seoul or a military base…perhaps carried out in a way which cannot be immediately ascribed to direct DPRK aggression. (See discussion, below.)

The thinking behind that includes Pyongyang seeking to confuse ROK (and US) decision-makers on the critical “retaliation” question, especially given Pres. Park’s firm warnings that not only will she authorize a military response to a kinetic attack, but that a pre-emptive ROK attack cannot be ruled out, under certain circumstances. END_OF_DOCUMENT_TOKEN_TO_BE_REPLACED 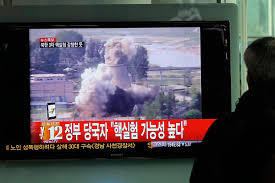 The other interesting part of the statement is North Korea’s claim that its nuclear deterrent has become “diversified.” The most orthodox interpretation of this is that North Korea now possesses a bomb different from those that it tested earlier: namely, one of the Highly Enriched Uranium (HEU) variety. This would be alarming in many respects: it means that the DPRK has, despite the myriad of sanctions lodged against it, acquired this technology. It means that the DPRK, with this technology, can continue to produce HEU type weapons en masse: since if there’s anything that’s remotely abundant in North Korea, it’s uranium. It also means that there has been some sort of cooperation between the DPRK and someone, whether it be China, or Pakistan, or Iran. END_OF_DOCUMENT_TOKEN_TO_BE_REPLACED

[Although we have not seen any of this in the Canadian press, this article by Lee Chi-dong appeared in Yonhap News Agency on 24 September 2012, and was reprinted by The Korea Times. –CanKor]

Canada expressed worries Sunday over security risks from North Korea’s nuclear proliferation, the latest in a series of moves to put diplomatic pressure on the communist nation.

“North Korea’s nuclear proliferation has a destabilizing impact on the Korean Peninsula and Northeast Asia. Canada has significant economic and strategic interests in this region that could be at risk from North Korea’s activities in this regard,” Canadian Security Intelligence Service said in an annual report on global security threats.

The agency noted North Korea, which conducted two nuclear tests in the past, operates a uranium enrichment program on top of “sufficient plutonium for a small arsenal of nuclear weapons.”

“North Korea has shown no inclination to ‘denuclearize,’ as called for by the international community and, moreover, has been proven willing to export its nuclear technology to states such as Syria,” it said.

Canada, a G-8 member, has not been directly involved in the six-way talks on North Korea’s nuclear program. But it has shown keen interest in the North Korea issue. END_OF_DOCUMENT_TOKEN_TO_BE_REPLACED So really, what are the North Koreans thinking? END_OF_DOCUMENT_TOKEN_TO_BE_REPLACED

Sources confirm that Sydney Seiler has been appointed NSC advisor to President Obama.

Seiler is credited with being the true architect of the Proliferation Security Initiative (PSI) approach, and then the program, especially the workings and vulnerabilities of the DPRK’s international banking connections.

Mr. Seiler has spent over 27 years in the intelligence community following North Korean affairs, with assignments in both the collection and analysis fields in multiple intelligence disciplines. This includes working as a collector for the National Security Agency, an all-source analyst and manager with the Directorate of Intelligence and Directorate of Operations in the CIA, and as a senior media analyst and manager at the Foreign Broadcast Information Service. He spent over 12 years serving in the Republic of Korea in a variety of positions.

Mr. Seiler received his Masters of Arts degree in Korean Studies from Yonsei University’s Graduate School of International Studies, and is a graduate of the Korean language programs of the Defense Language Institute in Monterey and Yonsei University. He is the author of the book, Kim Il Song 1941-1948: The Creation of a Legend, the Building of a Regime.