Canada’s response to North Korea has been, at least rhetorically, aggressive. Since 2010 our government has pursued what has been termed a “Controlled Engagement” policy. The Controlled Engagement (“CE”) policy restricted bilateral contact with the regime except to four distinct areas: regional security concerns, human rights and the humanitarian situation, inter-Korean relations, and consular issues. It also forbid Canadians from importing and exporting anything into North Korea, and also introduced strict technology and investment sanctions.

As much as we would like to believe it to be true, Canadian policy alone has not moved North Korea in any particular direction. Having been part of unofficial consultations when this policy was rolled out, I believe there was a recognition that philosophically, CE is a symbolic policy. After all, with only hundreds of dollars of official bilateral trade at stake, what real impact could it have?

One of the reasons of why we are all here today may be denuclearization. But if denuclearization truly is one of the goalposts, we have to ask ourselves why, since the early 1990’s, have we failed to denuclearize North Korea – and what can Canada practically do about it?

One of the usual suspects in such a discussion is China. The common perception is that if China enforces the rather impressive list of sanctions that have been imposed upon the DPRK, that this will cower the North Koreans into submission. But if that is true (and the jury is still out on that front), are China’s long term goals really aligned with Canada’s? After all, what if China’s strategic long term goal is regime sustainability? What incentive does China have to enforce sanctions in the first place?

As part of this review, we also have to start wondering whether North Korea has any intention of giving up its nukes.

From both a strategic and tactical perspective, it is hard put to see a situation where North Korea really wants to give up its nuclear weapons. Strategically, it remains a small country in the midst of economic and military giants: even Japan, which spends a miniscule portion of its GDP on defence, spends more than four times the entire GDP of North Korea on its military. Tactically speaking, without nuclear weapons, North Korea would simply be another poor country which America would ignore.

If North Korea indeed has no intention of giving up its nuclear weapons, then as the assumptions change, so must our policy. We have to start thinking about the day we may acknowledge that North Korea is a nuclear power: it is only prudent to think what next steps would be.

Nuclear weapons themselves do not make a country a “bad guy.” If that were the case, we would see the same amount of concern about our southern neighbours . What ultimately triggers concern is the nature of who possesses the nuclear weapons. President Obama with nuclear launch codes does not scare us; President Ahmadinejad does.

If North Korea is to remain a nuclear power, then we have to move on to the next best thing to disarmament: changing the nature of the regime. I say this with a straight face: it may not be as insurmountable as it seems.

What Keeps Kim Jong Un Up At Night?

Although the DPRK is as opaque a nation as any of them go, we can ascertain what concerns North Korea by the best measure possible: what it devotes its time to doing. Unfortunately, there is no real “silver bullet” that can bring North Korea to its knees and I must caution that most of these solutions are somewhat long term in nature, something which policymakers tend to shy away from. For the purposes of this hearing, I will suggest five areas where Canada can practically be involved in changing the nature of the Pyongyang regime.

The first area is China. As one commentator stated, China keeps the lights on in Pyongyang and whether it wants to or not, may have the most leverage over Pyongyang than any other country in the world. Although I am skeptical about the China card, Kim Jong Un and Co. must worry about the day China gets fed up with whatever North Korea does.

The second area is sanctions: but tailored sanctions. Oft brought up is the targeting of the Banco Delta in Macao, which attacked funds that belonged to the Pyongyang elite specifically. This hard currency hit has been directly credited to bringing North Korea back to the negotiating table for what would be the start of the Six Party Talks in 2006. North Korea goes above and beyond what any country would do to earn hard currency, whether it’s counterfeiting US dollar bills, dealing drugs, or selling arms. Any hit on its ability to generate hard currency would worry Pyongyang.

The third area is in what I look to term “cultural goods.” This may be tangibles such as radio broadcasts, or DVDs/USB keys that are loaded with movies, documentaries, and television shows that are not available in North Korea. One North Korean refugee told me that some of the more popular television shows in North Korea are HBO’s “Spartacus” and “Game of Thrones.” There are however also intangible cultural goods as well: namely, ideas. Two ideas in particular, Christianity and human rights, have been very sensitive points to the regime.

The fourth area is refugees. Nearly 25,000 North Koreans have succeeded in fleeing the country through China. Yet the flow of North Korean refugees has slowed down since Kim Jong Un took power. On average, nearly 2,500 refugees have made it to South Korea since the late 1990’s. However, in 2012, this number dropped to approximately 1,500. This has been attributed to increased scrutiny along the DPRK-China border. If the recent repatriation of 9 North Korean orphans back to North Korea from Laos is any indicator, this issue is a priority for the regime.

The final area we should be looking at is internal changes within the DPRK that are outside the regime’s control. One of the most cataclysmic changes in North Korea is a byproduct of the famine, the jangmadang, or informal markets. Prior to the famine, the vast majority of North Koreans received food rations directly from the regime itself. However, when this system collapsed, informal markets began to replace the dependency that average North Koreans had on the state. These markets also serve as a centralized point of information dissemination. Furthermore, while women moved into the jangmadang as their men languished in dead end state controlled jobs, the gender imbalance within North Korea also shifted from the traditional patriarchal society that North Korea was informally built upon. Efforts by the regime to eradicate these markets, including a disastrous 2009 currency reform, have all but failed. This loosened state control and invasion of capitalism into the country surely has the regime worried. 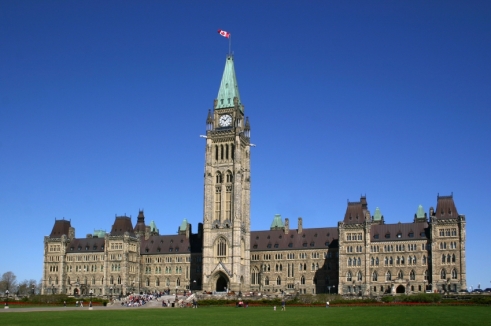 Based on the five points above, I would like to propose five recommendations.

The first is to use China. As I’ve previously stated, I am skeptical of this first lever, but it must be pressed. It is of note that China generally does not react favorably when pressured to do something. It must be convinced that long-term North Korean regime sustainability is counterproductive to the well being of that entire region.

My second recommendation is to tailor sanctions. Don’t use a broad brush, which only makes a mockery of them. When Pyongyang is able to import new Hewlett Packard computers and build a WiFi zone in Kim Il Sung University, despite the myriad of sanctions lodged against the DPRK, one has to scratch their head and ask, “what sanctions?” Tailored sanctions also have more of a possibility of Chinese buy-in as well, whereas the broad sanctions of the UNSC do not.

Third, Canada can invest in bringing more cultural goods into North Korea. Supporting organizations that conduct radio broadcasts or smuggle DVDs into the country is a good first step. However, as the current CE policy is somewhat overbroad and restricts the import of technology into North Korea, groups such as HanVoice have inquired to DFAIT whether such actions would indeed run afoul of Canadian foreign policy. Up till now, we have not received an unequivocal answer.  Clarification regarding this point would be most welcome.

Finally, Canada can encourage internal change within North Korean society by interacting directly with the North Korean people. Canada can assist in caring for the basic human needs of the North Korean people. Apart from any altruistic basis such a principled policy may have, there are more practical reasons as well: real change will never be achieved by the starved and sickly. With the advent of the jangmadang, North Korea has a chance to internally grow its own version of the “middle,” a group of people who have been instrumental in nearly every single upheaval in modern human history, whether it be the French Revolution to the Arab Spring. Also, just as Canadian missionaries did in the 19th century Korea, building orphanages and schools in North Korea can also plant the seeds of “Canada” within North Korean society.

In conclusion, I would not blame you if you are scratching your heads right now in skepticism. Our image of North Korea as a closed and unchanging place is a firm one, but it is not an image that is supported by the evidence. North Korea has changed dramatically since the famine. Whether it is the jangmadang, or the two million cell phone users (powered by the same people from Wind Mobile, Orascom), or the fact that North Korean women can now legally wear pants, North Korean society has changed immensely in the past twenty years. There definitely exist points of leverage which we can use to influence the nature of the regime. I cannot stress enough that the vast majority of this change has actually been brought on by the perseverance and ingenuity of the North Korean people themselves, despite everything that their government has done to prevent it. I would like to leave you with the thought of what would happen if we actually helped.

3 Responses to “Testimony Before the Standing Committee on Foreign Affairs and International Development, June 4, 2013”