The End (of CanKor) is at Hand

All good things must come to an end. But it seems that bad things tend to stick around a lot longer. Sixty years after the signing of the Korean Armistice Agreement, the Korean War still claims victims to this very day. Divided families, escalating militarism, regional insecurities and violence in word and deed have become a generational legacy, perpetuating human suffering and casting a dark shadow on the future of Korea, the region and the wider world community. 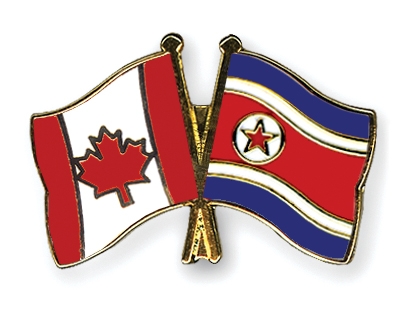 Despite its modest capacities, Canada has played a significant role in Korea for more than a century. Canadian missionaries built schools and hospitals and participated in struggles against Japanese occupation and annexation in the first half of the 20th century. Canadian soldiers participated in the Korean War. Canadian activists supported the democratization movement in South Korea. Canadian humanitarians continue to provide assistance for food security and capacity-building in North Korea. In recent years Canadian teachers have taught the English language in both North and South Korea. Canadian human rights activists have provided assistance to displaced North Korean migrants and refugees. Canadians have been active in exchange programmes for professionals and students on both sides of the Korean divide.

But even good things have only a limited shelf life. In advance of my 70th birthday last December, I announced to the CanKor Brain Trust my intention to retire as Editor-in-Chief. We considered a number of options. Given various factors (limited resources and capacities, availability of other information sources, disinterest on the part of government and educational institutions) the prevailing—if reluctant—conclusion was that CanKor should be laid to rest in a dignified fashion.

My intended retirement date was postponed because of a renewed crisis on the Korean Peninsula early this year. A satellite launch, nuclear test and the belligerent escalation of threats and counter-threats led even sober analysts to voice fears of an accidental war that appeared more likely than it had been in the previous two decades. CanKor was inundated by calls from the media. Numerous members of the CanKor Brain Trust were interviewed by media across the globe. It seemed a most inauspicious time to close the doors on CanKor. So we continued to post articles on our website, receiving more “hits” and accolades than ever before.

Perhaps it is fitting that we close CanKor at the height of its popularity. Every project should have a best-by date, and ours is the 60th anniversary of the Korean Armistice Agreement: 27 July 2013.

3 Responses to “The End (of CanKor) is at Hand”