[On Tuesday, 12 March 2013 we received the following letter from the (North) Korean National Peace Committee. Naturally, CanKor neither corroborates nor endorses any of the facts or judgments made in this letter. As is our practice, we make the document available to our readers without comment. –CanKor]

You know that recently the U.S. and its followers are persisting in anti-DPRK stifling racket calling that the DPRK’s third nuclear test for defending our sovereignty became a nuclear threat. 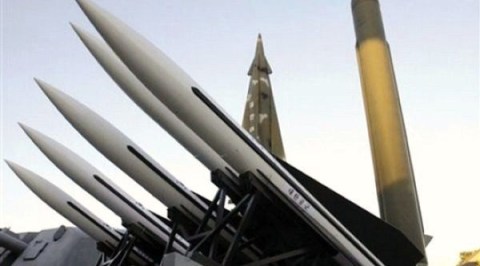 Nevertheless, they can never cover up or hide the truth.

You can be aware of the truth of the nuclear threat on the Korean Peninsula and the criminal nature of the U.S. and the south Korea through the memorandum(gist) released by the Korean National Peace Committee on 8 March.

The U.S. imperialists, which provoked the war for aggression of Korea in June 1950, shipped nuclear weapons to south Korea in August that year and at the end of the year openly disclosed its plan to drop 30~50 A-bombs in Korea – China border areas.

Eisenhower, U.S. president-elect at that time blustered on May 13, 1953 that it will be more beneficial to use an atomic bomb rather than conventional weapons in Korea when taking into account the financial aspect.

After it sustained a shameful defeat in the Korean War, the U.S. has viciously resorted to nuclear threats to the DPRK, pursuant to its moves for a new war.

After the Vietnamese war in the mid-1970s, the U.S. declared south Korea as an area for defending front and pressed for the policy for turning south Korea into a nuclear base.

Member of the U.S. House of Representatives Ronald, speaking at a parliament, confessed that the U.S. shipped more than 1 000 nuclear weapons to south Korea and deployed 54 airplanes for carrying nuclear bombs.

In the 1980s the U.S. spurred the modernization of the nuclear hardware of its forces in south Korea.

Early in the 1980s the U.S. deployed 31 155 mm nuclear shells, 133 nuclear bombs for air use, 63 nuclear shells for 8 inch howitzers and 21 nuclear land mines before any other base of its forces overseas.

South Korea tuned into the world’s biggest nuclear outpost with the stockpile of nuclear weapons such as bombs, shells, warheads, land mines and carrier means as well as nuclear bases and arsenals.

The U.S. nuclear threats were vividly manifested in its open declaration to use nuclear weapons in Korea.

In January 1968 when the U.S. imperialists’ armed spy ship “Pueblo” was captured, the U.S. reviewed the nuclear attack plan. When the spy plane EC-121 was brought down from the sky above Korea in April 1969, the U.S. put tactical bombers mounted with nuclear weapons on standby and the then U.S. president Nixon said that he approved the use of A-bomb in case Korea makes counterattack.

When the Korean Peninsula was almost in the state of “emergency” in 2002, the U.S. made the preemptive nuclear attack on the DPRK a fait accompli by granting the U.S. forces’ first use of nuclear weapons. It even asserted that it will develop smaller nuclear weapons for destroying underground facilities.

The present Obama administration has steadily increased nuclear threats, putting the DPRK in the list of preemptive nuclear attack targets.

The U.S. at the 41st annual security consultative meeting in 2009 with the south Korean puppet forces made public a joint press release in which it promised the offer to south Korea of the nuclear umbrella, capacity for striking with conventional weapons, a missile shield and other extended deterrence.

The U.S. forces and the south Korean forces worked out a number of scenarios for invading the DPRK and pushed forward the moves to put big and annual joint military drills including Key Resolve, Foal Eagle and Ulji Freedom Guardian into an actual war every year.

The memorandum disclosed the south Korean puppet forces as a chieftain that increased the danger of a nuclear war on the Korean Peninsula and hampered the solution to the nuclear issue in league with the U.S.

They have pushed forward the development of nuclear weapons in secrecy while talking an active part in the U.S. moves for a nuclear war.

In November 1985, it completed the construction of a facility for extracting plutonium and put it into full operation from 1987.

South Korea directed efforts into the development of nuclear weapons delivery means as evidenced by the development of 256 km range ground to ground missile Hyonmu capable of carrying out nuclear warheads and their deployment for an actual war in 1987.

The DPRK’s access to nuclear deterrence for self-defense was entirely attributable to the U.S. and the south Korea.

The U.S. hostile policy toward the DPRK has remained unchanged under the present Obama government.

The Obama administration kicked up anti-DPRK stifling racket, calling the DPRK’s peaceful satellite launch that was recognized by international law “a long – range missile launch”. This made the nuclear issue on the Korean Peninsula more serious one.

The situation eloquently proves that the DPRK was just when it decided to access nuclear deterrence for self-defense to cope with the U.S. nuclear threats.

Now you can well understand how the nuclear issue spawned on the Korean Peninsula, who is the arch criminal of the nuclear threat and why the DPRK became to access the nuclear deterrence.

We firmly believe that you and your organizations, who love peace and justice, will fully support the Korean peoples’ just cause for defending the dignity and sovereignty of the Korean nation and warding off the nuclear war’s danger for the peace and the stability on the Northeast region and the world.