[CanKor Brain Trust member Roberta Cohen is a Non-Resident Senior Fellow in Foreign Policy at the Brookings Institution. She is a specialist in human rights, humanitarian, and refugee issues and a leading expert on the subject of internally displaced persons. CanKor reproduces here a statement made by Ms Cohen at the Asan Institute for Policy Studies‘ Washington Forum 2013 and subsequently published by them as Issue Brief #60. The views expressed herein do not necessarily reflect the views of the Asan Institute for Policy Studies. –CanKor]

It is time for the international community to address itself directly to the most serious of North Korea’s human rights violations – the prison labor camps. Situated in the mountains of North Korea, the camps are estimated to hold some 100,000 to 200,000 prisoners, including whole families, many of whom are not expected to survive.

The issue has come to the fore through the combined efforts of human rights NGOs and former North Korean prisoners who have escaped the country. For several decades, NGOs, academics and journalists from the United States, Western Europe and the Republic of Korea have conducted painstaking research to unearth verifiable information about the camps and North Korea’s overall human rights situation. They have come up with persuasive evidence despite the regime’s efforts to conceal its conduct through denial of access. END_OF_DOCUMENT_TOKEN_TO_BE_REPLACED

[This announcement was published by the United Nations News Service on 7 May 2013. –CanKor]

The President of the United Nations Human Rights Council, Remigiusz A. Henczel, today announced the appointment of the members of the commission of inquiry set up to investigate alleged abuses in the Democratic People’s Republic of Korea (DPRK).

The three-member commission will comprise Michael Donald Kirby, a retired judge from Australia; Sonja Biserko, founder and president of the Helsinki Committee for Human Rights in Serbia; and Marzuki Darusman, former Attorney General of Indonesia and the current UN Special Rapporteur on the situation of human rights in DPRK. END_OF_DOCUMENT_TOKEN_TO_BE_REPLACED

A North Korean mother lies with her acutely malnourished son, plagued by sores, at a county hospital in September 2011. (Photo by Jim White, Mercy Corps)

That was two years ago. Portland-based Mercy Corps and four other humanitarian organizations given rare access to North Korea warned: “a catastrophic situation is developing.” After a year of prodding, the U.S. Agency for International Development announced 120,000 metric tons of food for North Korea.

Communication and good will broke down, leaving White House officials little to draw on today as Pyongyang ratchets up threats of nuclear attack. END_OF_DOCUMENT_TOKEN_TO_BE_REPLACED

[CanKor Brain Trust member Roberta Cohen published an extensive analysis of the latest decision by the UN Human Rights Council regarding the DPRK in our partner-website 38North. For the benefit of CanKor readers we reprint the first part of this article here. For the rest of the paper, including footnotes, please access the 38North website here. –CanKor]

On March 21, 2013 the United Nations Human Rights Council, a body of 47 states, adopted by consensus a resolution to establish a commission of inquiry (COI) into North Korea’s “systematic, widespread and grave violations of human rights.” The commission is to be composed of three experts who will intensively investigate for a period of one year the human rights violations perpetrated by North Korea’s government with a view to ensuring “full accountability, in particular where these violations may amount to crimes against humanity” [emphasis added].

The establishment of the commission reflects long overdue recognition that a human rights ‘emergency’ exists in North Korea. Commissions of inquiry at the United Nations have mainly been directed at situations like Syria, Darfur or Libya where conflicts, atrocities and destruction are clearly visible and in the headlines. Adding North Korea to the list suggests a new look at what a human rights crisis might be. In contrast to other situations, North Korea has always managed to hide its crimes. Most prison camps are in remote mountain areas, access to the country is barred to human rights groups, and rigid internal controls make it impossible for anyone who does manage to visit to talk with North Koreans about human rights. Indeed, the lack of access and the UN’s inability to form an “independent diagnosis” of the situation has long contributed to the reluctance of its senior officials to speak out strongly about North Korea. Even the US State Department’s human rights report for 2011, published in 2012, contained the caveat that no one can “assess fully human rights conditions or confirm reported abuses” in North Korea. END_OF_DOCUMENT_TOKEN_TO_BE_REPLACED

Is “Vaccine Diplomacy” the Right Prescription for the Korean Peninsula? By Jaclyn Schiff

[The following article appeared in UN Dispatch, a site that provides commentary and coverage on the United Nations and issues related to the work of the UN. In this piece from 25 January 2013, Jaclyn Schiff consults a number of experts, including CanKor Brain Trust member Victor Hsu, on the feasibility of “vaccine diplomacy”, an idea proposed in the LA Times by Dr. Peter Hotez. President and director of the Sabin Vaccine Institute and the Texas Children’s Hospital Center for Vaccine Development, Hotez is also dean of the National School of Tropical Medicine at Baylor College of Medicine and fellow in disease and poverty at the James A. Baker III Institute for Public Policy at Rice University. –CanKor] 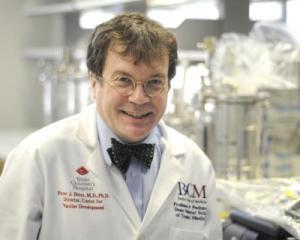 In an op-ed, published Thursday in the Los Angeles Times, Dr. Peter Hotez, dean of the National School of Tropical Medicine at Baylor College of Medicine, suggests that “vaccine diplomacy” could improve relations between North Korea and South Korea.

From joint neglected tropical disease (NTD) treatment efforts to scientific alliances, Hotez argues that it could be “a breakout year for science and vaccine diplomacy to reduce the disease burden on the Korean peninsula and promote an unprecedented level of scientific collaboration.”

But according to experts who study the region, Hotez’s vision may be a long shot.

“DPRK is extremely distrustful and unlikely willing to expose themselves to lethal transmissible diseases in the name of science or anything else,” says Roger Cavazos, an associate at the Nautilus Institute for Security and Sustainability, which is based in Berkeley, California. END_OF_DOCUMENT_TOKEN_TO_BE_REPLACED

UN Sanctions Resolution: the good news and the bad news by Marcus Noland

[The following was taken from the blog North Korea: Witness to Transformation, which is hosted by the Washington-based Peterson Institute for International Economics, and authored by Marcus Noland and Stephan Haggard. This commentary by long-time CanKor friend Marcus Noland was posted on 23 January 2013. –CanKor]

More than a month after North Korea fired a missile in contravention of two existing UNSC resolutions, the Security Council passed UNSC Resolution 2087, condemning the use of ballistic missile technology in launch and saying the “act violated United Nations sanctions, expresses determination to take “significant action” in event country proceeds with further launch.”

First, the good news: The action took the form of a resolution, not a presidential statement, which passed unanimously with China’s support.

At the margin, the resolution expands existing sanctions. It recognizes that the existing regime is leaky, referring to the use of bulk cash to evade sanctions, and signals that additional measures may be needed to tighten implementation. The South Korean defense ministry has claimed that wreckage recovered from the launch revealed parts and components of Chinese and European origin. END_OF_DOCUMENT_TOKEN_TO_BE_REPLACED

[Canada’s Foreign Affairs Minister John Baird issued a statement on 23 January 2013, following the passing of UNSC Resolution 2087. This text is taken from the website of Foreign Affairs and International Trade Canada. –CanKor]

“Canada is deeply concerned about North Korea’s missile tests and apparent plan to conduct more nuclear tests. We urge the regime to abandon any such plans.

“The regime in Pyongyang has repeatedly violated its international obligations and poses a grave threat to the security and stability of the region, even as the people of North Korea starve and suffer.

“Further defiance of its non-proliferation obligations will lead to further consequences: Canada stands ready to work with the international community to take further measures if the regime continues to demonstrate total disregard for its people by choosing to fund military and nuclear programs.

“We welcome the United Nations Security Council’s latest sanctions against North Korea. These have already been imposed under Canadian law.

“Canada urges the regime in North Korea to abandon its reckless nuclear and missile programs and invest its limited resources in meeting the basic needs of its people.”