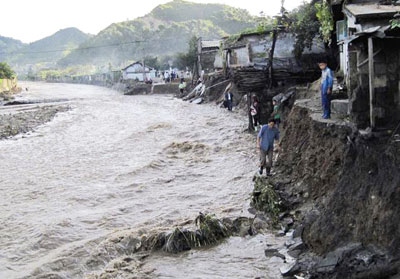 Steven Aftergood of Secrecy News, a publication of the Federation of American Scientists, shared a CIA study on major floods due to rainfall in North Korea since 1996. The study was undertaken in order to devise a framework for evaluating the significance of floods and their likely consequences for North Korean agriculture. From the article:

“Rainfall intensity and geography of flooding appear to be key variables with the most impact,” their report (pdf) said. “Critical periods in the agricultural growth cycle — for sowing, growing, and harvesting — and the scope and severity of infrastructure damage are compounding variables that can magnify the impact of major floods in key food producing areas.” END_OF_DOCUMENT_TOKEN_TO_BE_REPLACED