[CanKor is often asked by journalists how to go about gaining access to North Korea. There was a time in the late 1990s when the DPRK experimented with allowing media to report on UN and NGO projects in the country. DPRK authorities quickly learned that market-driven Western media like to sensationalize the negative and ignore the positive. The door that was slightly ajar has since been locked tightly. 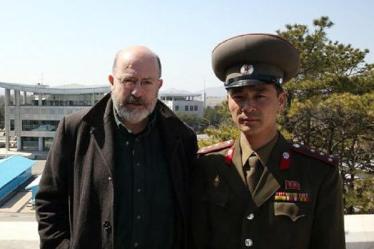 Having been denied access as reporters, some journalists have resorted to entering the country as part of tourist groups. A recent example is veteran newspaper reporter-turned TV journalist John Sweeney, who entered North Korea with his wife and a cameraman as part of a tour of students from the London School of Economics (LSE). The result was a half-hour documentary aired on BBC as a Panorama special.

LSE students and faculty have complained that the BBC’s actions were unethical and might endanger staff and students’ ability to work in difficult or hostile places in the future. Senior BBC executive Ceri Thomas defended the decision to send an undercover team. “This is an important piece of public interest journalism.” Asked whether that justified putting student lives at risk, he replied: “We think it does.”

Ethics in journalism is certainly a relevant issue to discuss. But is this really “an important piece of public interest journalism”?