[On visits to North Korea since Kim Jong Un came to power, CanKor Brain Trust member Rudiger Frank has seen growing evidence of a more diverse and cash-based economy. These signs of creeping reform are evidence of North Korea’s desire for change, but achieving real transformation remains a long and delicate process. Rudiger Frank is Chair Professor of East Asian Economy and Society at the University of Vienna and Head of the Department of East Asian Studies. He has visited North Korea numerous times. This article appeared in Global Asia, a publication of the East Asia Foundation in Seoul, Vol. 8, No. 2, SUMMER 2013. The full article, as published, with numerous pictures may be accessed here: Rolling Reforms. –CanKor]

Rollerblading has become a hot new hobby on the boulevards of Pyongyang.
(Photo by Rudiger Frank)

Painting a masterpiece and reforming North Korea have a surprising number of things in common. We know the necessary ingredients, tools and available techniques. There are numerous cases for comparison and a large body of literature to study. Still, few if any of us can create art to equal that of old masters such as Rembrandt or Kim Hong-do.

In theory, realizing North Korea’s potential seems easy. State socialist systems have been well researched and understood for decades. We possess a growing amount of empirical knowledge about North Korea. We can look at transformations in China, Vietnam and Eastern Europe for guidance. Incentives have to be set right, so that resources are allocated more efficiently. China has demonstrated that this does not require a fully-fledged Western-style democracy, just a stable currency, markets where demand and supply result in realistic prices, private ownership and an economy that can freely import and export goods, services, capital and technologies.

We know that North Korea has a food, energy and transportation problem. We know that it can, theoretically, produce more food with more inputs of fertilizer, electricity, fuel and machinery, but that, for the time being, importing food would better reflect the North’s comparative disadvantage in agricultural production. We know that North Korea has abundant natural resources, that these are a potential source of hard currency and that a smart strategy would be to process these resources before exporting them. END_OF_DOCUMENT_TOKEN_TO_BE_REPLACED

[CanKor Brain Trust member Roberta Cohen is a Non-Resident Senior Fellow in Foreign Policy at the Brookings Institution. She is a specialist in human rights, humanitarian, and refugee issues and a leading expert on the subject of internally displaced persons. CanKor reproduces here a statement made by Ms Cohen at the Asan Institute for Policy Studies‘ Washington Forum 2013 and subsequently published by them as Issue Brief #60. The views expressed herein do not necessarily reflect the views of the Asan Institute for Policy Studies. –CanKor] 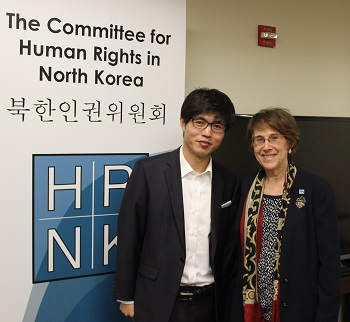 It is time for the international community to address itself directly to the most serious of North Korea’s human rights violations – the prison labor camps. Situated in the mountains of North Korea, the camps are estimated to hold some 100,000 to 200,000 prisoners, including whole families, many of whom are not expected to survive.

The issue has come to the fore through the combined efforts of human rights NGOs and former North Korean prisoners who have escaped the country. For several decades, NGOs, academics and journalists from the United States, Western Europe and the Republic of Korea have conducted painstaking research to unearth verifiable information about the camps and North Korea’s overall human rights situation. They have come up with persuasive evidence despite the regime’s efforts to conceal its conduct through denial of access. END_OF_DOCUMENT_TOKEN_TO_BE_REPLACED

For more than a year, this vacancy has been unfilled. This morning I received a fax from Pyongyang announcing the appointment of Rev. Kang Myong Chol as the new Chairman of the KCF. Kang Myong Chol had previously served as Chair of the Pyongyang City KCF.

At the same time, Rev. Ri Jong Ro was appointed KCF Vice-Chairman. Ri started in KCF as an interpreter, accompanying Kang Yong Sop at numerous international meetings, as well as visits by KCF delegations to churches around the world. He later studied theology and was ordained. He subsequently served as Director of the KCF International Affairs Department, maintaining relationships with the World Council of Churches and various denominations such as the United Church of Canada.

Text of his fax reads as follows:  END_OF_DOCUMENT_TOKEN_TO_BE_REPLACED

[CanKor has received an email signed by four DPRK organizations commemorating the first major North-South rapprochement on the Korean Peninsula. Of interest is the fact that the 1972 Joint Statement of North and South was issued during the reign of South Korea’s President Park Chung Hee, father of the current South Korean President Park Geun-hye. Ironically, only 4 years prior to this first North-South rapprochement, a North Korean death squad had attempted to assassinate Pres. Park Chung Hee. Perhaps irony is an underrated factor in understanding Korean peninsular politics. As usual, we post the following message as we received it. –CanKor] 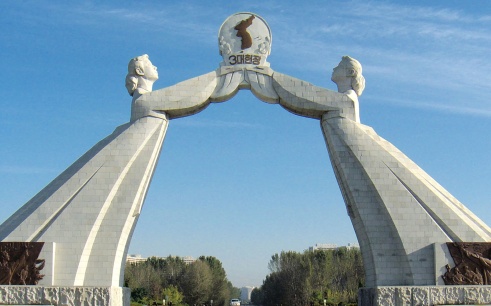 Monument to the Three Charters for National Reunification, Pyongyang

41 years have passed since the historic July 4 Joint Statement clarifying the three principles of Korea’s reunification was made public.

The announcement of the statement was the brilliant fruition brought about thanks to the idea and line of the great President Kim Il Sung on the national reunification, his distinguished and experienced leadership.

In August, 1971, the President, seeing through the unanimous desire of the whole nation and the urgent requirement of the development of the reunification movement, proposed a proposal for wide-ranging negotiation clarifying that the north was willing to contact all political parties including “Democratic Republican Party”, the then ruling party of south Korea, social organizations and individuals at any time.

According to the broad-minded proposal set forth by him, a high-level political meeting between the north and south was held in Pyongyang, in May 1972, the first of its kind since its division into the north and south. END_OF_DOCUMENT_TOKEN_TO_BE_REPLACED

Canada’s response to North Korea has been, at least rhetorically, aggressive. Since 2010 our government has pursued what has been termed a “Controlled Engagement” policy. The Controlled Engagement (“CE”) policy restricted bilateral contact with the regime except to four distinct areas: regional security concerns, human rights and the humanitarian situation, inter-Korean relations, and consular issues. It also forbid Canadians from importing and exporting anything into North Korea, and also introduced strict technology and investment sanctions. END_OF_DOCUMENT_TOKEN_TO_BE_REPLACED 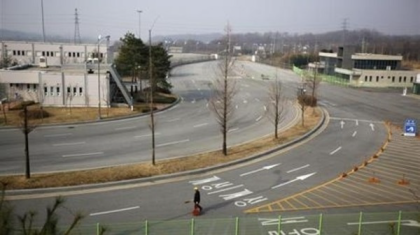 Far from just a getaway for North Korean children, thousands of young people from countries including China, Russia, Nigeria, Mongolia, Mexico, Syria (where North Korean military officers have reportedly begun advising Assad’s forces), Tanzania, and Thailand have attended the Songdowon camp since it opened in 1960, which expanded to accommodate 1,200 guests in 1993 “under the special care of President Kim Il Sung and the leader Kim Jong Il.” END_OF_DOCUMENT_TOKEN_TO_BE_REPLACED