Books: “A Capitalist in North Korea” reviewed by Leonid Petrov

[CanKor Brain Trust member Dr. Leonid Petrov is a Russian academic teaching Korean History and Language at the University of Sydney. He is also a Research Associate at the Australian National Uuniversity School of International, Political & Strategic Studies. This review is taken from “Leonid Petrov’s KOREA VISION”, a personal website representing his views and opinions about both North and South Korea. –CanKor] 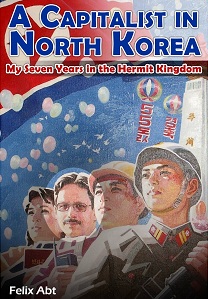 This new book on North Korea is extraordinary. Since the late 1990s the influx of analytical and documentary literature on North Korea can be broadly divided into two categories: those that exhibit the terrors of life in North Korea, and the rest that speculate on what is wrong with North Korea. Felix Abt, a Swiss entrepreneur who lived and worked in the last communist Hermit Kingdom for seven years, attempts to depict life in North Korea as “normal” despite overwhelming ideological pressure from within and the harsh treatment from foreign powers. To date, only a handful of famed historians, such as Bruce Cumings and Gavan McCormack, have succeeded in showing North Korea from such an unusual angle.

As a business entrepreneur, Felix Abt prefers to remain apolitical and impartial when sharing his thoughts and memories of the seven-year sojourn. His writing exhibits his love for Korea and genuine concern for its people. In his assessments of North Korea’s past and present, the author approaches all issues from a human (and humanistic) perspective, attempting to present life in the country sans political or ideological colouring. But documenting everyday life in the DPRK “as it is” is often inherently counterproductive to the goal of presenting North Korea as “normal” or even on the road to normality. Snapshots of life in North Korea, more often than not, exhibit the miserable lives of the common people alongside the growing wealth of the privileged and trusted groups in the capital, Pyongyang. END_OF_DOCUMENT_TOKEN_TO_BE_REPLACED

[CanKor Brain Trust member Leonid A Petrov PhD is a lecturer in Korean studies at the School of Languages and Cultures, Faculty of Arts and Social Sciences, University of Sydney. This article first appeared in Asia Times on 8 August 2012. –CanKor] 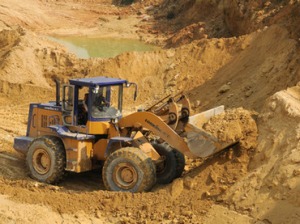 North Korea is sitting on around 200 different minerals, including a large number of rare earth metals, hidden in its mountains.

Those who travel to North Korea regularly might have noticed that the last couple of years have brought significant improvement in the country’s economic situation. Newly built high-rise apartments, modern cars on the roads and improved infrastructure come as a surprise to visitors. It begs the question, where does Pyongyang get the money from? The ambitious rocket and nuclear programs, which North Korea continues to pursue despite international condemnation, are expensive and harmful to its economy.
International sanctions continue to bite the Democratic People’s Republic of Korea’s foreign trade and investment prospects. Regular floods and droughts, animal epidemics and other natural disasters hit the fragile economy even harder.

According to expert estimations, the DPRK should have ceased to exist in the mid-1990s, after the Communist Bloc collapsed and Kim Il-Sung died. But North Korea has fully recovered after the famine and even shows steady signs of economic growth. END_OF_DOCUMENT_TOKEN_TO_BE_REPLACED