The European Commission will give emergency food aid to North Korea

[The European Union (EU) has taken the plunge. Will others follow? In the following Press Release by the European Commission (EC) dated Brussels, 04 July 2011, Kristalina Georgieva, EU commissioner for international co-operation, humanitarian aid and crisis response, outlines the terms of a decision to supply $14.5 million in food aid to the World Food Programme (WFP). Special monitoring conditions have been negotiated, with priority given to feeding children on brink of starvation, mothers, hospital patients and elderly. –CanKor.] 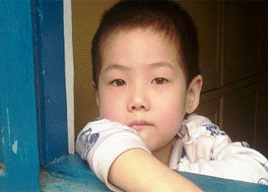 The European Commission will provide emergency food aid to more than half a million people at risk of dying from serious malnutrition in North Korea, amid growing fears of a worsening hunger crisis.

The terms for delivering the food assistance are unprecedented, with strict monitoring procedures in place.

The objective of the €10 million aid package is to lift around 650,000 people, mainly in the Northern and Eastern provinces of the country, out of the hunger zone during the most difficult period of the worst year for food production in recent times. The next main cereal harvest is due in October.

Food assistance will reach children under five who have already been hospitalised with severe acute malnutrition. Children in residential care will also be fed, as well as pregnant and breastfeeding women, hospital patients and the elderly. END_OF_DOCUMENT_TOKEN_TO_BE_REPLACED