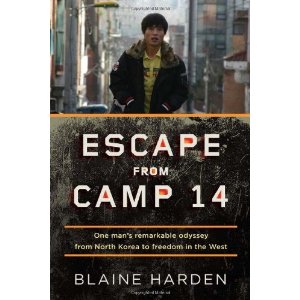 For those who disbelieved, and continue to disbelieve, North Korean refugees when they first started trickling in, Shin Dong Hyuk’s story is the mother of them all. Born in a concentration camp, witness to unspeakable horrors, the protagonist of an amazing escape from a country that condemned him even before he was born. The story is, well, far too fantastic. It is unbelievable.

His story has been well documented in the media. After all, the book hit double digits on the amazon.com best seller list. According to Shin, he was born in Camp 14 to inmates of the camp, grew up there, watched his mother and brother executed, and serendipitously managed to escape not only the camp, but the DPRK itself. According to the author, Shin describes nonchalantly every day features of the camp that to those of us fortunate enough to live outside its fences, stir up Holocaust imagery: starvation, public executions, camp guards savagely beating inmates. He describes how snitching became a method of survival, to the point that he reverses previous accounts of his life in the book by admitting that this very snitching led to the execution of his mother and brother. END_OF_DOCUMENT_TOKEN_TO_BE_REPLACED