David Hawk on the second edition of Hidden Gulag

[In 2003, CanKor Brain Trust member David Hawk, Visiting Scholar at Columbia University’s Institute for the Study of Human Rights, authored “The Hidden Gulag: Exposing North Korea’s Prison Camps” for the US Committee for Human Rights in North Korea. The book contained numerous former prisoners’ testimonies and satellite photographs of the locations identified by them. Earlier this year a second, revised and augmented edition of this book was published. We asked David to explain why a new edition seemed necessary and some of the differences between the two. –CanKor] 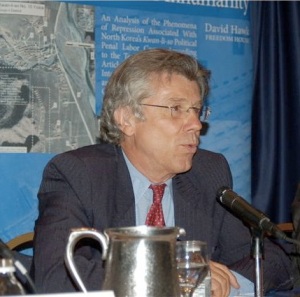 CanKor: Why a second edition of Hidden Gulag?

Hawk: The Committee for Human Rights in North Korea wanted a second edition because the 2003 edition was long out of print. So rather than reprint additional hard copies of a then eight year old report, the Committee asked me to do an update.

Hidden Gulag had become something of a textbook on political imprisonment in North Korea. So I wanted to do an update that would have a “long shelf live” in the sad event that things in the DPRK remain largely the same. The Committee agreed that I should do an almost entirely new report as there is now much more information available about the practices of arbitrary detention. (When in 2002-2003 I did thirty in-depth interviews for the first edition there were some 3,000 former North Koreans who fled to China and South Korea, among whom were two score persons who had been imprisoned in the DPRK. By 2010-11 when I did an additional thirty interviews for the 2nd edition there were some 23,000 former North Koreans now recently resident in South Korea, among whom literally hundreds were previously incarcerated in the DPRK’s variety of forced labor facilities for persons deemed to have committed political offenses.) END_OF_DOCUMENT_TOKEN_TO_BE_REPLACED

The number of North Koreans defecting to South Korea has surged in recent times. More than 10,000 have defected in the last three years alone, escaping economic hardship and suffering in the isolated regime. But many defectors have trouble adjusting to their new lives in the South.

Al Jazeera TV broadcast the following episode of its programme 101 East, looking at a school that is trying to help young defectors start new lives in modern South Korea. The programme looks at the plight of those who manage to escape the DPRK, and the difficulties they face both in transit through China and once they arrive in South Korea. The school helps young defectors adjust to the challenges of their new lives.