The Day After, by Bill Keller

[CanKor Brain Trust member Hark Kroll alerted us to this opinion piece published in The New York Times on 29 April 2012. Op-Ed Columnist Bill Keller begins with the now familiar rehearsing of DPRK human rights violations, mentioning several books published recently, including CanKor Brain Trust member David Hawk’s updated “The Hidden Gulag”. But the more interesting part of this article is contained at the end, where Keller reviews the questions posed by the “engagement camp” and the “regime-change camp”, concluding that both are missing the most pertinent questions about what is to happen after an eventual collapse in North Korea. –CanKor]

THE one thing everyone knows about North Korea is that we know very little about North Korea, except that it is miserable, totalitarian, nuclear and erratic. It is the hermit kingdom, the dark side of the moon.

But thanks to many thousands of refugees who have reached freedom by way of a long underground railroad through China, we know a lot more now about the grim reality. We understand better how the government sustains its dreadful power, and where that power could be faltering. Among people who follow the country closely, there is fresh discussion of whether this most durable of monster-states could be nearing its end days, and what we should do about it.

In recent weeks the news spotlight has focused on the 29-year-old novice tyrant Kim Jong-un, performing his family’s time-tested repertoire of bellicose bluster. Like a lunatic waving an assault rifle as he dances on a high window ledge, Kim galvanizes our attention.

But the more interesting story is down below. END_OF_DOCUMENT_TOKEN_TO_BE_REPLACED

North Korean Gulag Conference to be held in Washington DC

The US-based Committee for Human Rights in North Korea (HRNK) has announced that a one-day conference will be held in Washington, DC, on Tuesday, 10 April 2012, entitled “Hidden Gulag: Exposing North Korea’s Political Prisoner Camp System & Calling for Its Complete, Verifiable, and Irreversible Dismantlement”. The conference is organized together with the Jacob Blaustein Institute for the Advancement of Human Rights, and will be hosted by the Peterson Institute for International Economics at the C. Fred Bergsten Conference Center (1750 Massachusetts Avenue, NW, Washington, DC 20036).

Two CanKor Brain Trust members have prominent parts in the proceedings. As Chair of HRNK, Roberta Cohen (Non-resident Senior Fellow at The Brookings Institution) will make opening remarks. David Hawk, author of “Hidden Gulag” (First & Second Edition), will be the first presenter in the first panel of the conference.  END_OF_DOCUMENT_TOKEN_TO_BE_REPLACED 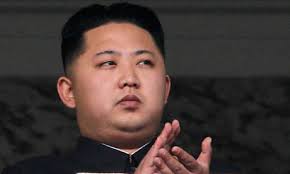 In particular, they wonder how long it will be before the flood of information loosened by the digital revolution, which helped destabilize and wash away repressive regimes throughout the Middle East this year, finally leaks through slowly widening cracks in the Kimchi Curtain. END_OF_DOCUMENT_TOKEN_TO_BE_REPLACED

It may appear churlish to offer a dissenting view of David Hawk’s informed and thoughtful report, “Pursuing Peace While Advancing Rights: The Untried Approach to North Korea,” that is featured in CanKor Report #325 and on this blog. I share his sense of outrage at the state of human rights in North Korea and his commitment to encouraging positive change. I agree that North Korean violence against migrant women and the existence of prison camps (“managed places”) are pivotal issues that should not be ignored. It indeed seems almost certain that full normalization of relations with North Korea by the United States and many other countries (Canada included) will depend upon improvements in human rights in that country. And it is difficult to disagree with his general comment that there has been very little progress in advancing either nuclear and missile disarmament or human rights in the past seventeen years.

But the report makes four mistakes that undermine its prescriptions. END_OF_DOCUMENT_TOKEN_TO_BE_REPLACED

Publication: Bridging the chasm between human rights and peace

Pro-engagement activists have often argued that the pursuit of peace and reconciliation with the DPRK requires that human rights take a back seat in negotiations. At the other end of the spectrum have been anti-engagement activists who have argued that negotiation for peace and reconciliation is futile in the absence of human rights.

In May 2010 the U.S.-Korea Institute at the Johns Hopkins School of Advanced International Studies (SAIS) published a report entitled, “PURSUING PEACE WHILE ADVANCING RIGHTS: The Untried Approach to North Korea,“ by David Hawk. To my knowledge, this is the first serious attempt to bridge what have been assumed to be irreconcilable positions. END_OF_DOCUMENT_TOKEN_TO_BE_REPLACED