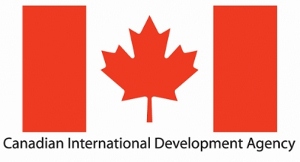 Without much fanfare, several countries have made modest donations to the WFP for food distribution in the DPRK. Surprisingly, one of these is Canada. Readers may remember that in response to a request by CanKor, the Canadian International Development Agency (CIDA) last May indicated that “Canada has not made any further commitments to support the delivery of humanitarian assistance beyond those made between 2007 and 2009 through the World Food Programme.” (See: Will Canada Provide Humanitarian Aid to the DPRK?)

It turns out that isn’t quite accurate. The DPRK “Project Profile” on CIDA’s own website, dated 17 February 2011, indicates that Canada pledged $2,500,000 for food aid to the DPRK via the WFP. (See: Project profile for Food Assistance in the Democratic People’s Republic of Korea – WFP 2011) It also states that the grant is for 2011-2013.

Meanwhile, the WFP website indicates that Canada contributed $2,502,503 for the WFP’s current emergency operation in DPRK, designed to target the 3.5 million people most at risk of serious damage to their health as a result of the current food shortages. (See: WFP Operations page for DPRK)

Our request for clarification to CIDA has remained unanswered for the past two weeks. Meanwhile, Abdurrahim Siddiqui, the Deputy-Country Director for WFP Pyongyang offered this clarification in an email message to CanKor: END_OF_DOCUMENT_TOKEN_TO_BE_REPLACED