Double Down on North Korea’s Bluff by Carl Baker

[A great deal of effort has been expended in the past days on the question of how the USA should respond to the latest North Korean ballistic bluff. Is there any alternative to yet another fruitless cycle of condemnation and provocation? Carl Baker, Director of Programs at Pacific Forum CSIS published an interesting suggestion in PacNet #18A on Monday, 19 March 2012. Why not call the bluffer’s bluff? Of course, during a US election year, that course of action would be hard for the Obama Administration to sell domestically. Yet it does seem to suggest a direction towards a more rational policy option than those proposed by the usual suspects. –CanKor] 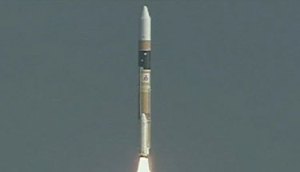 The instinctive reaction to last week’s announcement by North Korea that it plans to launch a satellite next month was to denounce it as a violation of the “Leap Day deal.” That arrangement involved “simultaneous unilateral announcements” offering nutritional assistance from the US while North Korea promised to place a moratorium on its nuclear program, including long-range missile launches.

We all know what will happen next. The US demands additional sanctions, North Korea withdraws from its part of the bargain, and tensions increase. Let me suggest a way to avoid another rerun: rather than insisting that the launch violates the long-range missile launch moratorium, Washington should test the North Korean claim that it is launching a satellite and not a missile by accepting Pyongyang’s offer to allow experts and journalists to observe the launch. END_OF_DOCUMENT_TOKEN_TO_BE_REPLACED