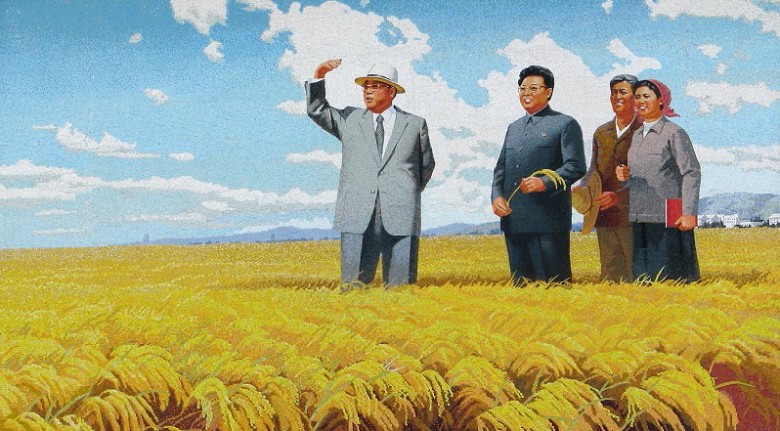 A delegation of experts led by Andre Leu, President of the Bonn, Germany-based International Federation of Organic Agriculture Movements (also the current Chair of the Organic Federation of Australia and former Chair of the Far North Queensland Lychee Growers Association), was in town to direct the two-day program, which included, among other seminars, “Multi-Functional Benefits of Organic Agriculture, Soil Health and Nutrition,” “Green Manure,” and “Humus Soil and its Making.” END_OF_DOCUMENT_TOKEN_TO_BE_REPLACED

[CanKor Brain Trust member Randall Ireson published the following article in our partner-site 38North. Mr. Ireson previously spent over a decade working for the American Friends Service Committee (AFSC), managing an agricultural project on several North Korean farms. His numerous on-site visits to the country’s Co-operative  farms have made him one of the foremost experts on agriculture in the DPRK. –CanKor]

Beginning in early July, a variety of sources have reported possible changes in DPRK farm policy, especially with regard to the organization of work teams and the share of produce which farms can retain. Information is rather spotty and inconsistent so far, and even if the government has decided to implement policy changes on a large scale, it is uncertain if they would actually lead to improved food production. The central question is whether DPRK authorities are interested in creating conditions that genuinely support farm development, or whether they are just trying to manipulate a few select policy elements without addressing any of the fundamental institutional obstacles to economic growth.

One of the earliest reports [1] outlined the main elements of what is being referred to as the “6.28 Policy,” or more formally as the “June 28 New Economic Management Measures.” These measures are:

38 North: Developing the DPRK Through Agriculture by Randall Ireson

[From time to time CanKor alerts readers to papers published by our partner-site 38North. The following article is authored by CanKor Brain Trust member Randall Ireson , private consultant on rural and agricultural development issues. Please follow our link to this article on the 38North site. –CanKor]

Despite continuing food shortages in the DPRK, the 2012 New Year’s Joint Editorial and other statements related to the succession of Kim Jong Un suggest there will be no new approaches to revitalizing North Korean agriculture. The editorial labeled the food problem “a burning issue in building a thriving country,” [1] but allocated fewer than 150 words (of 5500) to that issue, only exhorting the masses to increase yields, implement crop rotations, and increase production of farm machinery and farm inputs.

Yet agriculture could lead a revival of the DPRK economy if appropriate policy changes were implemented. The technical means of improving farm production in the DPRK have been known for years. And if farms could use income earned from increased production to purchase improved machinery and other supplies needed for modern agriculture, a virtuous circle of investment in the farms plus support to small industry could lead to the modernization of both sectors. Government investment combined with some international assistance could stimulate sustainable increases in productivity and better incomes for workers on the farms and in related industries. END_OF_DOCUMENT_TOKEN_TO_BE_REPLACED