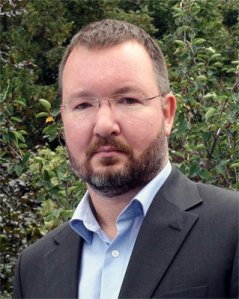 Rudiger holds an M.A. in Korean Studies, Economics and International Relations and a Ph.D. in Economics.

In 1991/1992, he spent one semester as a language student at Kim Il Sung University in Pyongyang and has been researching North Korea ever since. Visiting Professorships included Columbia University New York and Korea University Seoul. He is a Council member and for the 2011-2013 period the Secretary of the Association for Korean Studies in Europe and Deputy Chief Editor of the European Journal of East Asian Studies.

His most recent book is (with S. Burghart, eds.) “Driving Forces of Socialist Transformation: North Korea and the Experience of Europe and East Asia” (Vienna: Praesens 2010). An edited book “Exploring North Korean Arts” is due to be published in summer 2011. Prof. Frank is regularly consulted by governments, media and businesses on North Korea and East Asia. Most recently, this included consultancy work and a background policy paper for The Elders in preparation for the visit by President Martti Ahtisaari, Prime Minister Gro Brundtland, President Jimmy Carter and President Mary Robinson to the Korean Peninsula and China. In June 2011, he has been invited to join the World Economic Forum, Global Agenda Council on Korea.

One Response to “Rudiger Frank”