Sympathy for the devil – how best to deal with North Korea, by Spencer Kim

[Spencer H. Kim is chairman of CBOL Corporation, a California aerospace company. Specializing in the sale of aerospace products, CBOL markets to customers located in the United States, Europe, South America and on the Pacific Rim. He is a member of the Council on Foreign Relations, a non-resident fellow at Harvard’s Ash Center for Democratic Governance and Innovation. In addition to his business interests, Mr. Kim serves on the leadership team with the Cal-Pacific Conference of the United Methodist Church and as a member of the Commission on Race and Religion.  He also serves on the Board of Directors of The Korea Society headquartered in New York. He is a founding member of Pacific Century Institute, a non-profit foundation, dedicated to improving understanding and developing greater communication among peoples of the Pacific Rim nations. He serves as an advisory board member of the School of Public Affairs at UCLA. This article originally appeared in the Korea Times on 26 December 2012. It is a particularly refreshing take on the dilemmas facing the international community on how to deal with the DPRK, pointing to opportunities that it would be foolish to miss. –CanKor] 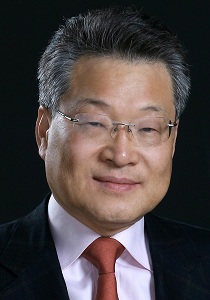 North Korea has successfully, sort of, launched a long-range missile. We are outraged. We want more sanctions; we want to pressure them till they say uncle or collapse. We wonder how China could be so perfidious in failing to make Pyongyang behave. We find it morally odious to talk to a regime that spends for rockets and nukes but allows it people to starve and puts others in concentration camps. Only when they agree in advance that they will knuckle under will we talk to them.

But indignation, however righteous, is often the enemy of wisdom. Reflection is a better ally. Yes, North Korea is difficult to deal with and its regime treats its people unspeakably. But if we are to deal with it (and, let’s face it, the place is not going to go away) we need to at least try to understand their viewpoint and understand our own weaknesses. Let us ask some probing questions of ourselves and perhaps even look at history a bit from the other guy’s eyes.

North Korea says it was forced into the missile/bomb “deterrent” because of US “hostility.” Do we look hostile? We signed the Agreed Framework in 1994 promising to build two nuclear reactors and deliver heavy fuel oil but implementation from our side was desultory (with many in the national security establishment arguing for inaction as regime collapse was imminent). After the 1998 North Korean missile launch rattled us, the Perry Process concluded we needed to deal with North Korea, “as it is, not as we wish it to be.” A missile moratorium ensued, South Korean President Kim Dae-jung went to Pyongyang to launch his Sunshine Policy, Jo Myong-rok (Kim Jong Il’s de facto No. 2) came to the White House and an October 2000 joint communique resolved to “fundamentally improve” relations and “formally end the Korean War by replacing the 1953 Armistice Agreement with permanent peace arrangements.” Madeline Albright visited Pyongyang. But President Clinton’s term ended before the joint communique could be acted upon.

North Korea kept on the trajectory, establishing diplomatic relations with the UK, Canada, Australia, and a host of EU and Asian countries and announcing tentative economic reforms. In Pyongyang’s eyes, however, George Bush then slammed on the brakes, even naming North Korea part of an “Axis of Evil.” Could the foreign policy of a major power turn 180 degrees on an election?

Or could momentum be restored? A State Department official agreed with North Korean counterparts on the outline of a deal in September 2005. Almost immediately Treasury sanctioned a Macau bank and sent officials around the globe warning all banks everywhere about transacting any business with any North Korean entity. Certainly the negotiating right hand of a great power must know what the hostile left hand is doing?

The Sunshine Policy continued, with a 2007 summit of South Korean President Roh Moo-hyun and Kim Jong-il producing a flurry of new economic and security initiatives. They came to a screeching halt upon conservative President Lee Myung-bak taking office in 2008. Lesson learned in Pyongyang: yes, if your partner is a democracy, its policy can indeed change 180 degrees in a day.

More questions: Which is cheaper in the long run, a missile/bomb deterrent or a million man conventional army that eats up much of your command economy (especially one with obsolete weapons that couldn’t win a war anyway)? If you are going to boost your economy, don’t you have to get rid of most of that overhang?

Are more sanctions really going to make North Korea cry uncle? Look at a map; it has a long border with China. If China and North Korea want to tango, then we are powerless to turn off the music.

And is China really writhing in agony about what to do with the recalcitrant North Koreans? Or, if things do not devolve into an actual US invasion, are things actually quite fine? Does deepening economic dependency and Pyongyang’s isolation help to create the vassal buffer state that Beijing prefers as a permanent alternative to a unified Korea (which could prove to be prickly, allied to the US, and an economic competitor)? But, do the North Koreans really want to end up a de facto province of China?

I visited Pyongyang in September 2010 as part of a delegation organized by the University of California San Diego, the Asia Society, and the National Committee on North Korea. Major personnel promotions were announced while we were there that boosted the role of the party and government ministries and lowered that of the defense establishment. Their meaning was explained to me by a high-ranking North Korean: the military-first policy had served its purpose; now, with the “self-reliant deterrent” in place the emphasis will be on raising living standards; eventually North Korea has to deal with the US face to face and resolve fundamental issues in an irreversible way; but first, the US has to decide if its policy is hostility and regime change, or not.

It seems to me the North Koreans have been following that playbook, even with the transition to Kim Jong-un. We seem to be thrashing about, red-faced and shouting with little purpose.

The North Koreans want lasting security but don’t want to have to learn how to speak fluent Chinese to get it. The South Koreans want security and an end to the “Korea risk premium” that hinders their prosperity. Both dream of a united Korea taking its proper place in the Asian constellation. The US wants to reverse nuclear proliferation and establish a stable Northeast Asian security architecture.

There will be a new president of South Korea soon. She will make overtures to the North; both candidates felt Lee Myung-bak’s policies were bankrupt. The new president will be in office for five years. We will soon have a new secretary of state and a new secretary of defense; our president is in place for four more years. Kim Jong-un was “elected” to a 40-some year term of office. There are new faces in Tokyo and Beijing.

Even “as it is” there may well be a deal that can be struck with North Korea, and new administrations are in place in all the relevant capitals that can cement the deal before another round of elections. But it will not be easy and we cannot break off for every crisis of the day and start negotiating about returning to negotiations.

Upon reflection, it is time to talk, and keep talking until the deal is done.

« UN Sanctions Resolution: the good news and the bad news by Marcus Noland
Is “Vaccine Diplomacy” the Right Prescription for the Korean Peninsula? By Jaclyn Schiff »
Loading Comments...
%d bloggers like this: