Is ROK ready to resume aid to DPRK?

[North Korea has been hit with another summer of poor weather for agriculture. First there was a drought which extended also to South Korea and areas of China. Then there came floods. Prospects for the harvest this year are extremely poor. Yet apart from China, the major donors of food aid to the DPRK (ROK, Japan, USA) continue to withhold aid, for various reasons that have been covered by CanKor previously. The following article (dated Paju, 24 August 2012) from the South Korean Yonhap news agency reports about a South Korean NGO effort to provide flood relief aid. The group was well received by the North, which agreed to receive the promised aid. The article also reports about indications that the ROK Government may be ready to continue aid to the North. –CanKor]

A non-governmental South Korean aid group crossed the border early Friday to hold a discussion in North Korea over relief aid to the flood-stricken North. 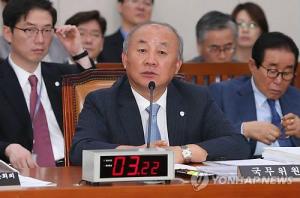 Four officials of the Korea NGO Council for Cooperation with North Korea left the Doransan transit office in Paju, north of Seoul, around 10:00 a.m. to travel to Kaesong, a North Korean border city.

The council representing 51 South Korean private aid groups for the North said the officials will meet their counterparts from the National Reconciliation Council, North Korea’s organization for promoting friendship with the South, and discuss the South group’s plan to provide relief aid to North Koreans. The South Koreans will return home in the afternoon, according to the group.

Friday’s trip by the private aid group marks the first North Korean visit by a South Korean entity over the flood relief issue since the North was struck by devastating floods this summer.

The United Nations and other countries channeled funds and other relief goods to the North as part of their humanitarian assistance, but South Korea has remained mum so far due mainly to a chill in the South-North relations.

The latest trip helped fuel speculation over whether the Seoul government will decide to take action about the North’s flood damage despite the restrained inter-Korean relations.

The South Korean group’s vice president, Lee Yun-sang, who headed the four-person delegation, said, “No prior discussions have taken place before this trip.”

“(We) plan to discuss what relief goods, like food or medicine, the North needs,” he added.

Following the trip, the aid group plans to ship relief aid to the North before the national holiday of Chuseok, which falls on Sept. 30.

Also on Friday, the head of the Unification Ministry, which handles inter-Korean issues, floated the possibility of Seoul’s government-level relief assistance to the North. The move, if made, would likely help thaw the frozen relations with the North.

Unification Minister Yu Woo-ik said in a parliamentary meeting with lawmakers that Seoul could provide aid to the North “if the situation requires.”

“We have been watching the state of North Korea’s flood damage with a view that we can suggest aid provision even without requests from the North in case the situation gets serious,” the minister said.

His ministry is studying when would be the best time for aid and whether to give it, Yu said, adding he is trying to make a proper decision.

Last summer, Seoul offered to provide non-rice foods and other goods after the North suffered floods. But Pyongyang requested shipments of rice and cement, items the South refused to provide due to fears of misuse, causing the government-level aid attempts to fail.

A major development in the flood aid exchange could possibly translate into a turnaround in the restrained South-North relations, a government official has said.

2 Responses to “Is ROK ready to resume aid to DPRK?”