[When North Korea’s leader, Kim Jong Il, died, there was widespread concern about the consequences, especially in North America. A long-time friend of CanKor, Bruce Cumings is not surprised that the succession to the son, Kim Jong Un has proceeded smoothly. He does not expect the country to collapse, implode or explode. The succession, he notes, appears to be safe, and may last a long time. Bruce Cumings is chairman of the History Department at the University of Chicago and the author, most recently, of The Korean War: a History (Random House Modern Library, 2010). His analysis of the DPRK leadership succession was published in Le Monde Diplomatique on 7 February 2012. –CanKor]

I was in Singapore when Kim Jong-il died on 17 December, so I was reading from a salutary distance what passed for expert American commentary. “North Korea as we know it is over,” according to a piece in The New York Times written by a specialist who had served in the George W Bush administration; the country would come apart within weeks or months. Another asked how could the callow son grapple with octogenarian leaders in the army — wouldn’t there be a coup? Might Kim Jong-un “lash out” to prove his toughness to the military? Others worried that a collapse might require US Marines on Okinawa to swoop in to corral loose nukes (a key mission for several years).

The Obama administration fretted about a power struggle, something Secretary of State Hillary Clinton had spoken of after Kim’s stroke three years earlier. The model seemed to be the USSR after Stalin died, or China after Mao. They ignored what happened when Kim Il-sung died in 1994 — which was nothing.

My first visit to North Korea was in 1981. I flew from Beijing and hoped to go out through the Soviet Union on the Trans-Siberian railway. Consular officials said I should obtain a visa at the Soviet embassy in Pyongyang. When I got there, a friendly (read KGB) counsellor offered me cognac and inquired what I might be doing in Pyongyang. Then he asked what I thought of Kim Jong-il, who had just been officially designated as successor to Kim Il-sung at the 6th Party Congress in 1980. “Well, he doesn’t have his father’s charisma,” I said; “He’s diminutive, pear-shaped, homely. Looks like his mother.” The counsellor replied: “Oh, you Americans, always thinking about personality. Don’t you know they have a bureaucratic bloc behind him, they all rise or fall with him — these people really know how to do this. You should come back in 2020 and see his son take power.”

It was the best prediction I’ve ever heard about this communist state-cum-dynasty, even if Kim Jong-il’s heart attack at 69 hastened the succession to Kim Jong-un by a few years. North Korea has known only millennia of monarchy and then a century of dictatorship — Japanese from 1910-1945 (in the late stages of colonial rule Koreans had to worship the Japanese emperor), and then for the past 66 years the hegemony of the Kim family.

On the grandson’s birthday, 8 January (his birth year, 1983 or 1984, still seems to be a secret), Pyongyang television ran an hour-long documentary attributing to him every North Korean virtue and identifying him with every place or monument visited by Kim Il-sung, but especially White Head Mountain, the vast volcanic peak on the Sino-Korean border, mythical fount of the Korean people, site of some of Kim’s anti-Japanese guerrilla battles in the 1930s and purported birthplace of Kim Jong-il in 1942. Most interesting, though, was Jong-un’s body language: tall, hefty, grinning, he already looked like a politician, at home with his sudden role as “beloved successor”. Gone was the dour, dyspeptic, cynical, ill-at-ease Kim Jong-il, swaddled in a puffy ski jacket, his face hidden behind sunglasses. Jong-un, in looks and style, is the spitting image of his grandfather when he came to power in the late 1940s; he even shaves his sideburns up high (the documentary showed photos of Kim Il-sung with the same haircut). It was as if his DNA had passed uncontaminated to the grandson (as no doubt the regime wants its people to believe).

Korean culture is steeped in the ceremony, ritual, literature, poetry, folklore and gossip of royal families — especially which son will succeed the king. Many did so at a young age. The greatest of the kings, Sejong, under whom the unique Korean writing system was promulgated, took office in 1418 at the age of 21, assisted by the regency of his father. Like Jong-un, he was the third son: the eldest son was banished from Seoul for rudeness, the middle son became a Buddhist monk. Kim Jong-nam, Kim Jong-il’s first son, was caught entering Japan under a pseudonym (hoping to visit Disneyland, it is said), and lives in Macao. Almost nothing is known about the middle son. Neither appeared at their father’s funeral. 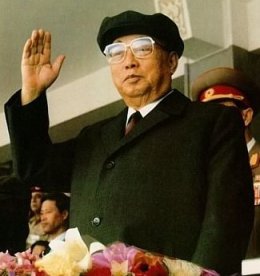 Asians dislike anything that damages or threatens their dignity, their honour. In North Korean eyes, the prestige of the nation is bound up with the image of the leader. On the way in from the airport in 1981, as we sped by Kim Il-sung billboards, my friendly guide had one solemn admonition: please do not insult our leader. (I hadn’t planned to.) The leader’s ideology, then and now, was chuch’e, which means to put Korea first. The scholar Gari Ledyard has written that the second character used in writing chuch’e, when joined to the word for nation — kukch’e — was classically used to mean national dignity. Ledyard writes: “The kukch’e can be hurt, it can be embarrassed, it can be insulted, it can be sullied. The members of the society must behave in such a way that the kukch’e will not be lost. This sense of the word resonates with emotions and ethics that spring from deep sources in the traditional psyche.” In North Korea this idea is alive and well — often displayed in overweening pride and grandiose monuments, but at bottom, in an insistence on national dignity.

The penultimate Korean king, Kojong, was just 11 when he took the throne in 1864, guided by his father — a powerful regent known as the Taewon’gun — until he reached maturity. During his regency, his father reenergised the dominant ideology (neo-Confucianism), practiced a strict seclusion policy against several empires knocking at the door, and fought serious wars against both France (1866) and the US (1871); two years later the new Meiji leadership in Japan came close to invading Korea. This was the Hermit Kingdom at its height; and kukch’e was a prominent concept under the Taewon’gun.

But when Kojong came of age he sought modern reforms, signed unequal treaties opening Korea to commerce and tried to play the imperial powers off against each other. It worked for 25 years, and then it didn’t: opening up merely staved off the predictable end — the obliteration of Korean sovereignty in 1910. At the Revolutionary Museum in Pyongyang, fronted by a 60-foot statue of Kim Il-sung, visitors encounter a paean of praise to the Taewon’gun, stone monuments from his era meant to ward off foreign barbarians, and tributes to Korean “victories” against the French and the Americans.

During the recent funeral procession, Kim Jong-il’s brother-in-law, Chang Song-t’aek, walked behind Kim Jong-un. Chang, 65, has long been entrusted with command of the most sensitive security agencies. Behind him was Kim Ki-nam, now in his eighties, who was a close associate of Kim Il-sung. Three generations walked solemnly alongside the vintage 1970s armoured Lincoln Continental carrying the coffin of Kim Jong-il, while strolling on the other side of the limousine were top commanders of the military. North Korea is modern history’s most amazing garrison state, with the fourth largest army in the world. 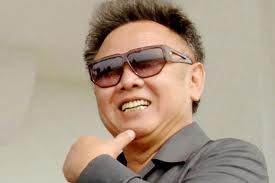 The rituals were very similar to those when Kim Il-sung died. Pundits and officials had said the same then: Newsweek ran a cover story, “The Headless Beast” (18 July 1994), the US military commander in the South said the North would “implode or explode”, and the imminent collapse of the regime became a CIA mantra. Almost two decades later, the Democratic People’s Republic of Korea (DPRK) is still here. And in a few more years, it will have been in existence for as long as the Soviet Union. Yet a few months before Kim Il-sung’s death, I heard a US scholar of North Korea tell a conference that when Kim died, the people would rise up and overthrow the regime. Instead the masses wept in the streets — just as they did when King Kojong died in 1919, touching off a nationwide uprising against the Japanese.

After his father died, Kim Jong-il disappeared, causing rumours of power struggles. He was doing what the heir-apparent prince was supposed to do under the ancien regime: mourn his father for three years. By the 50th anniversary of the DPRK’s founding in 1998, it was clear that Kim Jong-il was in full charge, and he launched its first long-range missile to mark the moment. He often said that communism had fallen in the West because of the dilution and erosion of ideological purity. North Korea has turned Marx on his head — or put Hegel back on his feet — by arguing that “ideas determine everything”, a formulation the Taewon’gun’s neo-Confucian scribes would have liked.

Will Kim Jong-un follow the same mourning ritual? So far he has not. He has visited military units and appeared in public. It is in his interest to lay low and gain experience while the old guard runs the country. With US and South Korean presidential elections later in the year (the current South Korean president, a hardliner whom the North loathes, cannot run again), top leader Hu Jin-tao stepping down in China and Putin’s election now less of a certainty in Russia, biding his time is smart. He has become the face of the regime, hoped to be more agreeable to the public than that of his father.

My Soviet informant was right: I had been wrong about the significance of bodily appearances. Whatever he looks like, the king can do no wrong: he can even hit eagles on his first golf round (as Kim Jong-il was claimed to have done). In a classic European text, The King’s Two Bodies (Princeton, 1957), Ernst Kantorowicz wrote that there were two kings: the frail, human and mortal vessel who happens to be king, and the perfect eternal king who endures forever as the symbol of the monarchy. The Koreans made the dead Kim Il-sung president for eternity, all imperfections erased, and now his elaborate mausoleum is the most important edifice in the country. Will Jong-un’s face, so similar to his, make people quickly forget about Kim Jong-il, whose 17-year reign brought flood, drought, famine, the effective collapse of the economy, and mass starvation leading to hundreds of thousands of deaths? He had one singular, if dubious achievement: the acquisition of nuclear weapons.

We all, consciously or not, live within and search for a usable past. Kim Jong-un may not yet be 30, but if my Soviet interlocutor is right, we are going to see his face for a long, long time.