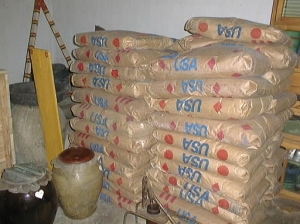 South Korea and the USA are still undecided on how to respond to recent requests by the DPRK for food aid. In the Republic of Korea, the Lee Myung-Bak regime is threatening legal action against the National Council of Churches in Korea (NCCK) because they have sent food aid via China’s Amity Foundation to the Korean Christian Federation in Pyongyang. A letter received by CanKor from NCCK General Secretary Rev. Dr. Kim Young-ju alerts churches worldwide that, “The Korean government is now very angry at this NCCK’s activity, and it is going to make this case to the court as an illegal activity against to the Law of civilian cooperation and exchange between the North and the South, which strictly forbids any contact and meeting with North Korea without the permission of government.” (NCCK_Food Assistance _May 23rd 2011[1].)

A surprising development in this respect is the arrival in Pyongyang this week of a USG delegation that includes Special Envoy for North Korean Human Rights Bob King, and AID food aid expert Jon Brause. Brause has of course been in Pyongyang a number of times as the food aid negotiator for the USG, but for a Human Rights envoy to be received in the DPRK is entirely new.  The outcome of these talks will likely determine whether and how much food may be shipped to North Korea from the USA.

Proponents and opponents of food aid have been lining up the arguments on both sides of the Pacific. One of the most cogent debates on the pros and cons of feeding North Koreans has taken place over the past month or so in the daily Nelson Report published by Samuels International Associates in Washington DC. Chris Nelson has kindly permitted us to appropriate this discussion for the CanKor Report and website.

Although there are obvious peculiarities that apply to any debate involving the DPRK, the basic issues raised here are noteworthy in a broader perspective. With diminishing global food production and the unstoppable rise in the world’s population (not to mention increasing disparities in the distribution of wealth and resources), food aid donors (i.e. those with access to food surpluses) are forced to execute a grim triage. How does one decide which hungry child should be fed and which should be left to starve? It is a situation where despite the best intentions, political factors insinuate themselves into the humanitarian equation. This becomes eminently transparent in a debate where both proponents and opponents of food aid justify their positions with humanitarian argumentation.

The collection of opinions that are reproduced below reach their apex with a remark by former US President Jimmy Carter on his return from Pyongyang with three other former heads of state. In Carter’s words, “One of the most important human rights is to have food to eat, and for South Korea and the US and others to deliberately withhold food aid to the North Korean people is really a human rights violation.”

This admittedly clumsy statement has been derided by a plethora of pundits, academics and public servants. The human rights argument in favour of food aid at this stage and with this country is unfortunately counterproductive, and Carter’s widely publicized remark will likely make it more difficult for the US Administration to come to a positive decision.

That does not mean, however, that human rights are irrelevant to the wider question about the role of political factors in decisions made about food or other humanitarian assistance. If the behaviour of any given country’s leaders or political/economic system becomes the basis for excluding entire populations from aid, the question of human rights culpability does impose itself.

It is this larger context that is likely to become increasingly apparent in global food aid decisions. Is the medical practice of triage an appropriate model for humanitarian response at a time of diminishing food supply? This is not a new question for the foreign aid community. But it does deserve a much wider debate encompassing not merely theoretical and philosophical issues but reality-based scenarios and case studies. And that is why CanKor chose to reproduce the Nelson Report discussion for our readers.

Over next days we will publish on our website articles and comments by various authors, taking a variety of positions. These will be organized in chronological order according to their publication in the Nelson Report. We will also reproduce the summaries of the discussion by the always engaging Chris Nelson, who does not shy away from expressing his own opinions on the subject. [Chris tells us that CanKor readers interested in subscribing to The Nelson Report may contact him directly by writing to cnelson@samuelsinternational.com]

One Response to “The Food Aid Debate – Introduction”