NGO Initiatives in DPRK: The United Church of Canada

The United Church of Canada (UCC) received a request from the Pyongyang-based Korean Christian Federation (KCF) regarding a project on Maple Tree planting. They asked for maple tree saplings. The UCC proposed that the Ministry of Forestry send a group to visit Western and Eastern Canada to look at forestry there, speak to experts and do research to determine which practices and saplings best fit their purpose. It appeared that the Ministry received the UCC’s recommendation. Someone from the Ministry was going to meet the UCC delegation on its DPRK visit, however the meeting was cancelled at the last minute. The UCC has not heard from DPRK since then. 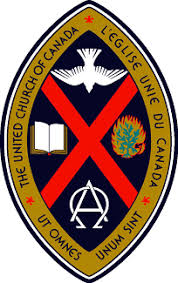 The UCC invited KCF to visit Canada at the end of June 2010. The Presbyterian Church in the USA (PCUSA) had invited KCF to attend their General Assembly at the beginning of July. North American church staff for Asia agreed to use this occasion to arrange meetings with church leaders in the USA and Canada. The UCC planned to take them to Ottawa for meetings at Parliament Hill and Foreign Affairs. The KCF allegedly decided not to go to the USA because the PCUSA could not guarantee that they would be issued US visas. KCF was reportedly very embarrassed a few years ago, when following an invitation by the PCUSA the US government did not issue them visas.

One Response to “NGO Initiatives in DPRK: The United Church of Canada”

« United Church of Canada writes letter to PM in support of ROK Churches
North Korean Art on Exhibit in Toronto »
%d bloggers like this: